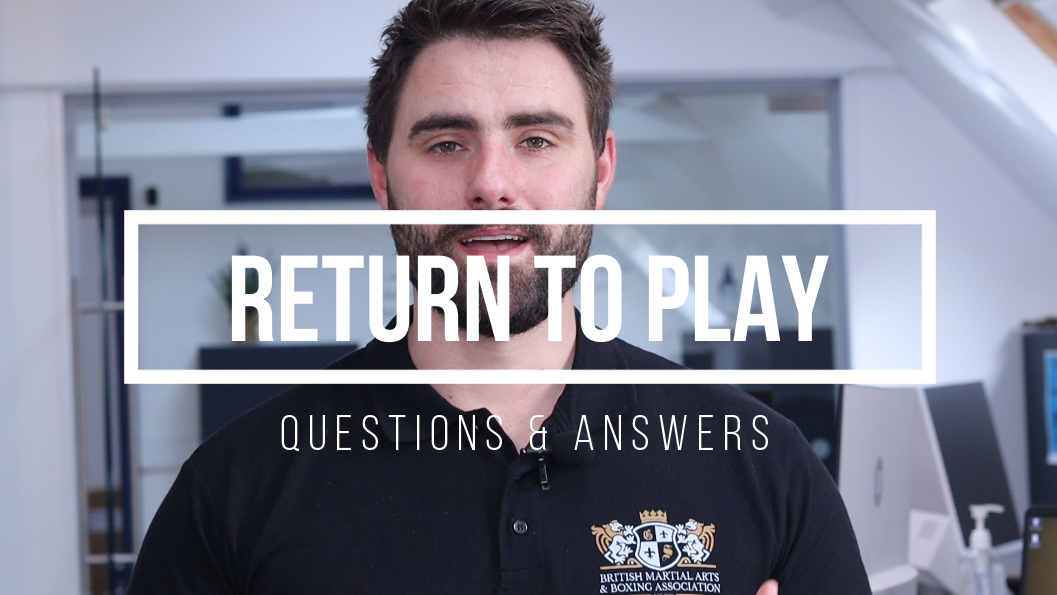 With the Easter Bank Holiday weekend upon us, we know so many clubs are anxious to learn more about what’s coming down the line next week, and what to expect in respect of what they can and can’t do from April 12th in England.

We’ve asked you to send us your questions and have put them to our CEO, Giovanni, so you can get some in-depth analysis on where we are, what’s happening behind the scenes and what to expect next. We’ve also tried to briefly summarise some of these questions below the video.

What’s all the fuss about?

Last week, DCMS announced that before any martial arts can resume contact training (pad work, grappling, sparring etc), they must first have a formally approved ‘Return to Play’ policy (RtP) signed off by Government. Only one RtP will be permitted per style, meaning a real and material risk of hundreds of styles missing out on representation and thousands of clubs missing out on the chance to train equally to others based on the politics of ‘who’s who’ and where each club is registered.

What styles have been approved and signed off?

At the time of writing (1st April 2021) there is no organisation’s currently approved and signed off with DCMS. Dozens of organisations and self-determined ‘NGBs’ are claiming to have RtP policies ready to go for their members but in-truth, until seen and approved by DCMS and Government, it is worthless. We have already tackled three organisations claiming to have an active RtP who on closer inspection haven’t had any contact from Government what-so-ever. This makes a confusing situation that bit worse!

Where are BMABA in the approval process?

We have re-submitted a comprehensive RtP policy for Mixed Martial Arts (MMA). Today, 1st April 2021, we have received dialogue from Sport England to confirm that our submission is being reviewed. This doesn’t guarantee approval. We have also been added as a signatory to the England Kickboxing RtP which is currently considered a front-runner for approval for Kickboxing in England. It has been endorsed by BKC, ICO, ISKA, WAKO GB, WKA, WKC, WKKC, WKO, WKU among others and we are hopeful Sport England will approve this RtP any day now. This is, of course, not a given.

What about styles not represented by an RtP? Can we still teach?

Yes, absolutely. The DCMS Combat Sports Framework has set out Phases of Return for contact or combat based styles. All styles will fall into Phase 0 training for the time being. This means zero-contact, socially distanced classes only. Phases 1 and 2 – which will lead to contact training, padwork and grappling are dependent upon a Government approved RtP.

What are BMABA’s concerns around the RtP process?

The obvious concern is that so many clubs will miss out on representation altogether and will need to await social distancing to end (currently June, if all is well in England) before they can resume grappling and padwork. This will be a odds to some clubs that have access to an organisation with an approved RtP. The very fact that only one RtP per style will be approved means the real risk of a monopoly – especially when it comes to Sport England NGBs who may not wish to share access to the policy with other non-NGBs. We’re deeply concerned about the possibility of huge gaps opening up in the regulation of martial arts off the back of this, with no doubt countless organisations making up their own RtPs and misleading clubs into believing they are acting lawfully.

What next for BMABA and it’s members?

We’re currently awaiting confirmation from DCMS on Return To Play protocols. We hope to have approval for Kickboxing shortly and, if all goes well, MMA might follow. We will then work to define as many clubs as it is appropriate to do so into these frameworks to try and enable contact training as broadly as possible. We will continue to work with those clubs who can’t access a style relevant RtP with a view to supporting them over the next couple of months as we exit lockdown. These clubs will still be able to continue zero-contact socially distanced classes in-line with Phase 0 guidelines.

More updates will follow next week when the DCMS update the guidance accordingly. 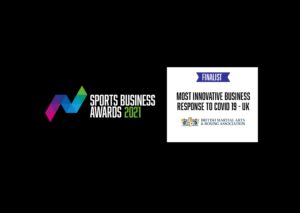 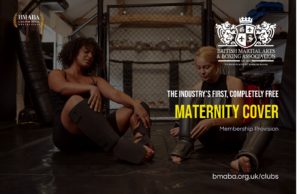 For every membership we plant trees, fund projects for clean water and donate our entire profits to the Fighting Chance Foundation. Learn More.