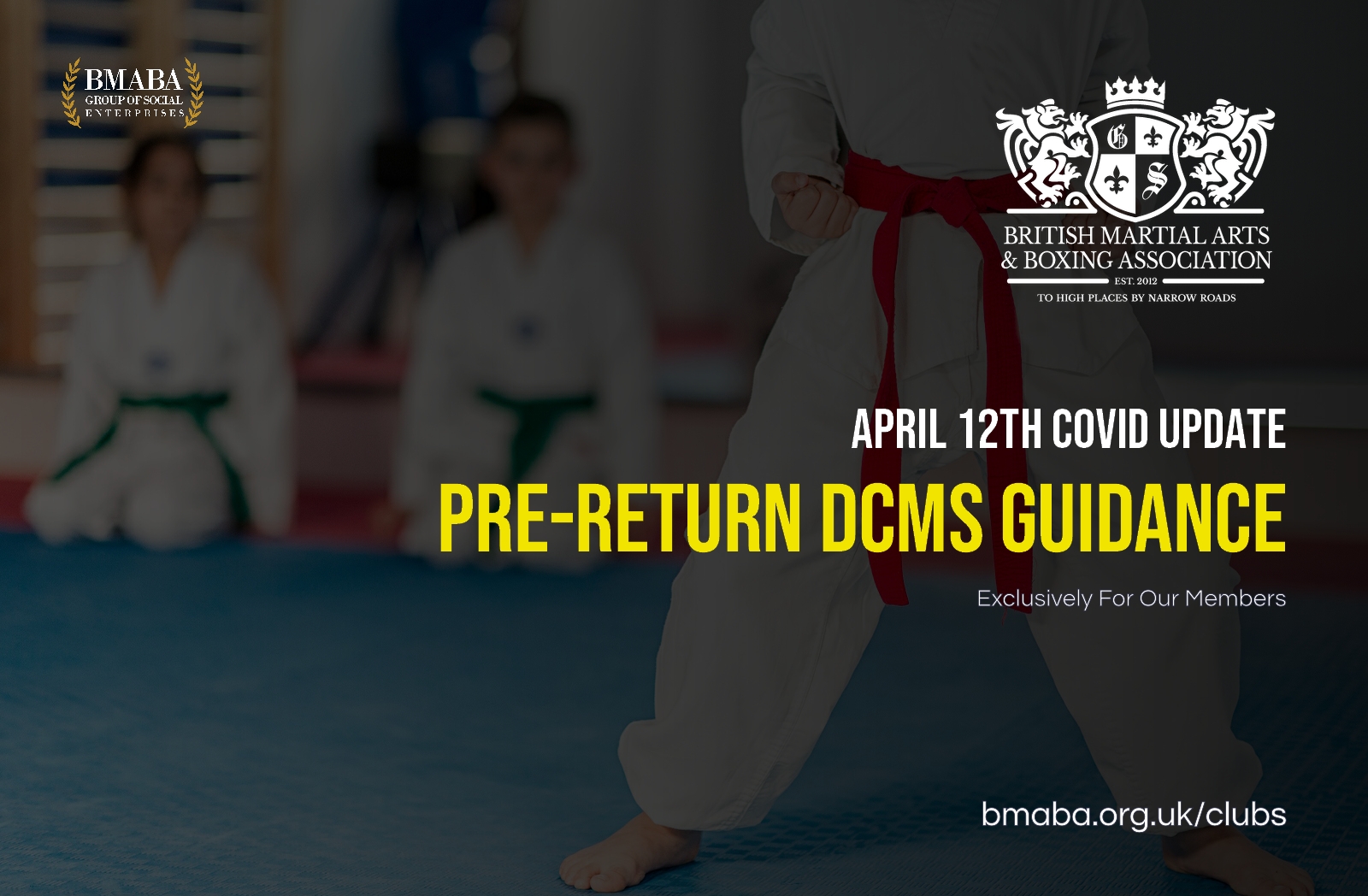 We’re aware of a number of martial arts associations today (24th March) posting conflicting information surrounding updates from DCMS on the roadmap out of lockdown for martial arts in England.

We will be formally updating our full roadmap on 25th March to reflect the latest available guidance following legal guidance, but in the interim we think there is a very important question mark to raise for clubs across England ahead of 29th March.

What guidance has changed?

On 23rd March the “Coronavirus (COVID-19): grassroots sports guidance for the public and sport providers” guidance was updated. This was initially believed to relate to the 12th April return to indoor training for some audiences, however it has subsequently been confirmed it is merely confirming what was largely already believed to the case for 29th March’s re-opening of outdoor classes. There are no immediate material changes to the previously anticipated guidance, so our roadmap will be further defined now that a few ‘small print’ details are available. We have received confirmation from official sources that the full guidance for 12th April return to indoor training will not be available until around a week prior to that date – this would be circa 5th April. Clearly far too late in the day in our opinion – but this has been the official opinion confirmed to us by the Sport & Recreation Alliance who are the industry body for sports NGBs in the UK, and comes from direct correspondence with the DCMS;

Why Is BMABA Being Cautious To Acknowledge The Updated Guidance?

We have identified a number of discrepancies between the updated guidance and the guidance set-forth in the DCMS Combat Sport Framework document, which is (unhelpfully) yet to be updated at the time of writing. This is then further at odds with the Roadmap Out Of Lockdown published by Government so we are being incredibly careful not to misread guidance and to issue erroneous instructions to our clubs.

We’re aware a number of associations today issuing contradictory guidance on what is and isn’t allowed both from 29th March, and from 12th April. At this stage, the guidance does not appear to have changed from our initial anticipation of socially distanced training being permitted, including that of children’s classes from 12th April. We’re aware of reports of NGBs receiving guidance from DCMS relevant to their sport, but there is no public confirmation of this. Indeed, for Karate in particular there is still no NGB showing up from Sport England’s official register, nor any confirmation of any martial arts receiving approval for their return to play guidance – a mandatory requirement for any use of pads or contact training.

Until your sport has been approved, activity above Phase 0 cannot take place, and your website should clearly set out that people should not participate in any contact activity.

Once DCMS has confirmed that the sport has been approved, the national governing body will be linked at the bottom of this page. You should publish your guidance on your website so that your sport can resume safely.

Here is the above referenced link of approved organisations as of 24/03/2021.

What’s going on, and what are the possible outcomes?

At this stage it’s very hard to ascertain exactly where sources of information are emanating from, as nobody is linking back to any credible, official sources. There are one or two sources on social media which seem demonstrably untrue, and others that are plausible but unfounded.

In our mind there are two possible outcomes, both of which are only really going to become more clear in the days ahead;

OUTCOME 1: Additional privileges, such as contact training for children will be permitted from 12th April but the DCMS have, for some unknown reason, restricted this to a very small group of organisations until it is officially updated c. 5th April. As DCMS refuse to engage with anyone outside of the Sport England framework, this is possible. If this is the case it is absolutely preposterous and poses considerable question marks for styles without official representation such as MMA, too. In this instance, the update to follow on c. 5th April should provide all of the details needed. We (as an industry) will need to pay particularly close attention to the Combat Sports Framework.

OUTCOME 2: Additional privileges will only be extended to those with an approved return to play document. If this happens, we will most likely be pursuing legal action on behalf of our clubs. BMABA have been trying to engage with Sport England and DCMS for nearly a year on producing a coherent Return to Play document that will enable our clubs to safely resume to Tier 2 restrictions – such as padwork and partner work. Unfortunately, we have found the process to be immensely slow and very obstructive with no real desire shown by any parties to actually facilitate indepedent martial arts’ return to the mats. If this outcome does bear out, it would be to our mind the ‘old boy’s network’ looking after their own at the genuine expense of grass roots participants. If this is the case, we will refuse to stand by and will raise heaven and earth to have this addressed. We’re hoping this outcome will not be applicable.

Why are some NGBs claiming contact training can resume from 29th March or the 12th April?

Who knows! At the time of writing there is certainly nothing official to back up this position. If indeed they have been provided with an inside line by DCMS to guidance currently not in the public domain, it shows the vast inadequacies in relation to the Governance of martial arts in the UK. There’s currently no martial arts organisations named as approved on the DCMS’ Combat Sports Framework for return to contact training, nor any specific reference to children being exempt from social distancing.

We’d love to see more contact permitted for adults and children and in a strange paradox, we hope the DCMS are holding back ‘good news’ from the wider martial arts community (quite why, we’re not so sure) but at the moment the safest option is to rely purely on the ‘black and white’ text published by the UK Government.

What do I do for now?

We will keep our official roadmap up to date everytime milestone’s are reached or additional guidance becomes available, so please keep an eye on that as well as the last updated time. For now, we recommend clubs plan on the assumption of zero contact being permitted, but remain open to the possibility of a surprise (and very welcome) exemption for children’s indoor classes.

We will provide further updates on a day by day basis if required, so please keep an eye on our Facebook and Twitter for the latest. 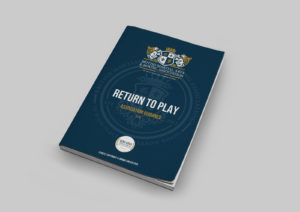 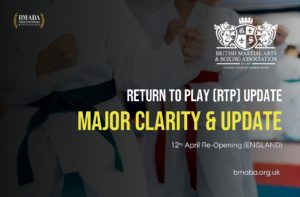 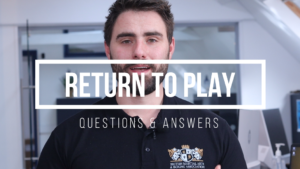