All the way to being one of the UK’s most influential independent martial arts governing bodies, engaging more than 100,000 people in martial arts across the United Kingdom every year as and award-winning Association that effects grass-roots change for some of our communities most in-need.

What if we told you the guy behind it grew up in poverty and left school without the standard A-C in the core subjects but is now a multi-award winning social entrepreneur, employer and advocate?

No start up funding, no loans, no support, no ‘little black books’.

That’s us in a nutshell.

How did it all begin?

Born into a hard-working but very much impoverished family in the South West of the UK, our now award-winning Director Giovanni Soffietto came from no privilege. Working as many as 20 hours a week from the age of 13 and with a number of opportunity-limiting circumstances, martial arts provided the only consistent outlet for creativity, commitment and achievement. Perhaps not surprisingly, having to prioritise on immediate financial stability meant educational attainment had to come second. Whilst doing his best to achieve academically the prospect of finding the funding to attend University and higher education over a working wage simply wasn’t practical. Fortunately, the superb and life-affirming skills martial arts offer – discipline, grit and resilience – would pave the way for a true success story.

Fast forward twenty years and that same young lad is now at the helm of what is considered one of the UK’s premier martial arts organisations. What’s more, the BMABA Group of Social Enterprises goes beyond the association’s award winning service to offer wholly-charitable martial arts programmes aimed at tackling childhood poverty, knife crime, discrimination, bullying and more. This is in addition to overseeing a collective of martial arts organisations that all focus on boosting participation. Our Founding Director passionately believes that every child has the potential to inspire change and create a lasting legacy.

This same belief and ambition saw the British Martial Arts & Boxing Association (BMABA) founded on September 17th 2012 with just £20 of start up capital. After spending £4.99 on a domain name Giovanni was left with the prospect of managing finances, marketing, sales, safeguarding, professional development, networking and web designing alongside a physical day job working 7 days on, 1 day off.

Whilst we started as a small community run organisation and have proudly maintained our politics free, community based approach to governance we are immensely proud to now have a dedicated staff and committee which help the association thrive.

We have never received any funding or financial help. Sport England actively declined to support our association and Foundation despite Coronavirus – the only time we have ever reached out to try and obtain support. Loans were off limits (as our Director had no equity to offer up as security) and the idea of a young man, without a degree or experience, being able to find a gap in such a well-protected market just didn’t seem viable to investers.

It’s funny how at the start so many voices can seem against you. Quite often, as indeed we have found, when you reach a defining moment those same voices fall very quiet.

Now approaching our decade-old mark the Association is excelling in every respect. Our membership has exploded from the modest closing figure of 12 in year one to more than 30,000 named members by year eight – and counting rapidly. The association turns over a six figure sum, employs staff, has a dedicated office and has been the recipient of dozens of awards and nominations.

What’s more, in October 2019, Giovanni pledged to hand over 100% of the shares in the limited company he formed to run the association, to the BMABA Fighting Chance Charitable Foundation, for free. This means the association it’s self would have been fully owned by the Fighting Chance Charitable Foundation, of which Giovanni is now a Chief Executive Officer. If ever there needed be any more proof about the intent and ethical integrity of a leadership team, we think this is perhaps it! Unfortunately the charity commission refused to allow us the opportunity to complete on this promise, so instead the BMABA now pledges legally every penny of profit to the Foundation.

The story of the BMABA encapsulates everything martial arts instils. It’s about being the underdog, putting in the hours and not surrendering even in the face of an almost endless stream of challenges, setbacks and disadvantages. Together with each and every member we have today, our community of like minded martial arts instructors, clubs and participants have created a success story like no other in our industry.

We are creating a legacy that will impact on communities up and down the UK for generations. From promoting martial arts generally to specialist programs tackling knife crime, standing up to bullying, providing scholarships for children in poverty through to engaging more women and girls in martial arts, we’re collectively – as a community – breaking down barriers to participation and redefining our industry.

Whether your club is big or small, you’ll find an association that values your custom and support. We’re built on the necessity to do well and provide a great service. Without any funding or grants, we wouldn’t be here today if we didn’t consistently deliver a great experience to our new and existing members.

The governance and ethos behind our organisation is one of believing in the underdog, and believing in everybody have the opportunity to do something inspirational. Where the BMABA goes over the next decade remains to be shaped by our community of members and clubs. We welcome everyone’s voice and input. No club is too small.

What we do know is Giovanni’s founding principles of not accepting defeat, and the belief that the UK martial arts industry is ready for something different shall remain a driving factor.

You can read more about our inspirational story from our Group’s website here.

25 Reasons To Join Us

As an association we have grown consider...
Read On 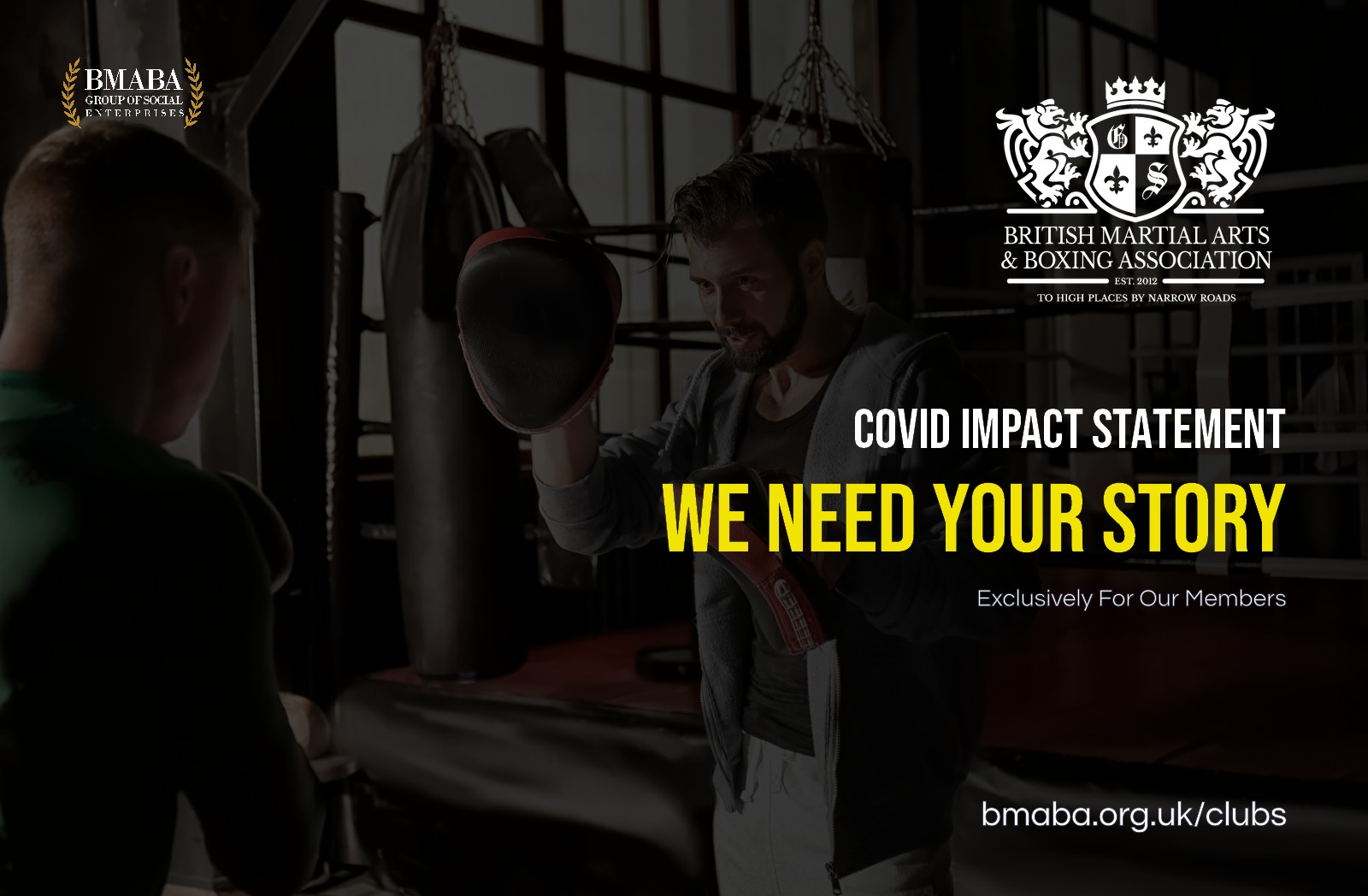 We Need Your Impact Statements To Take To Government 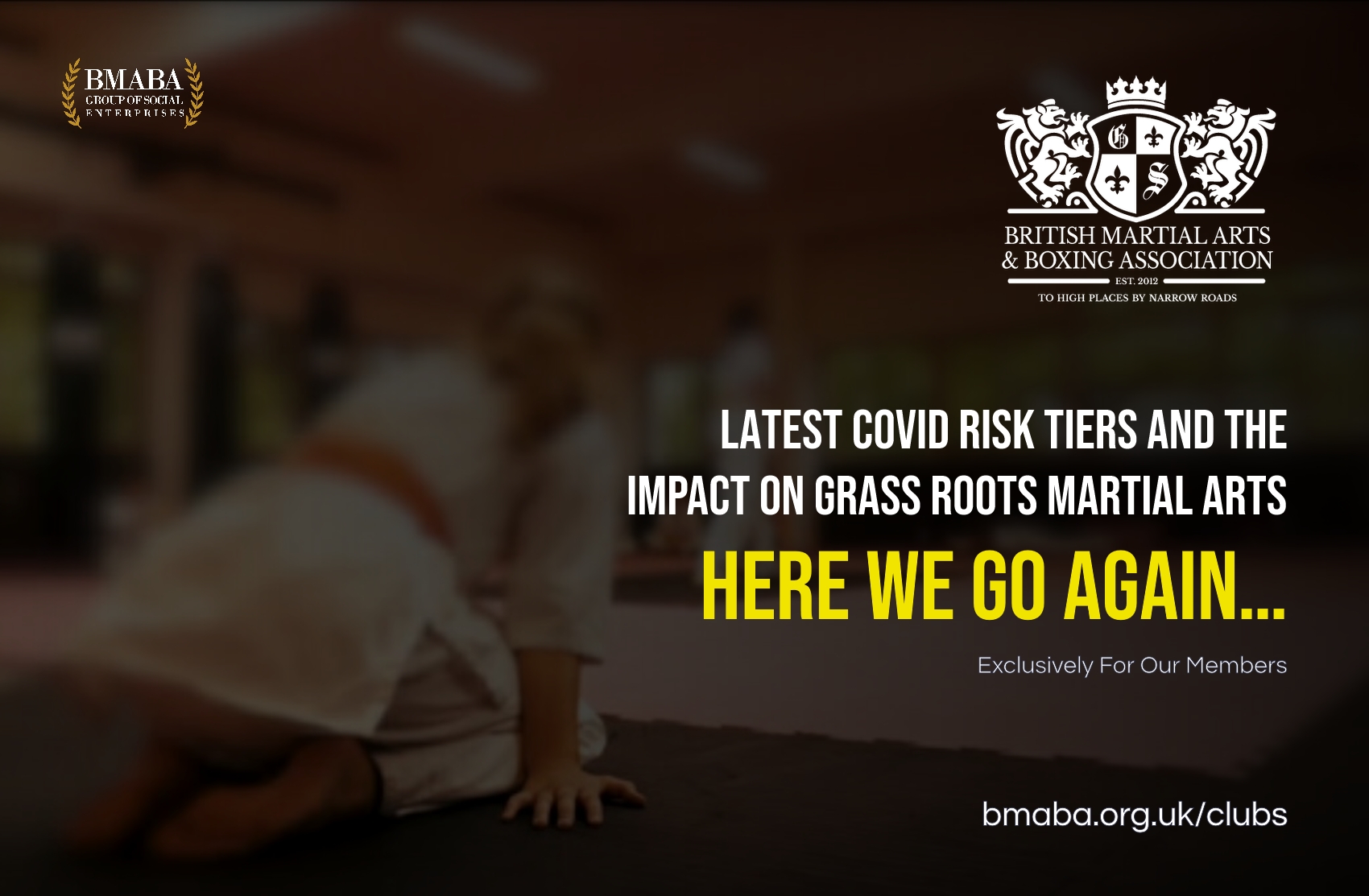 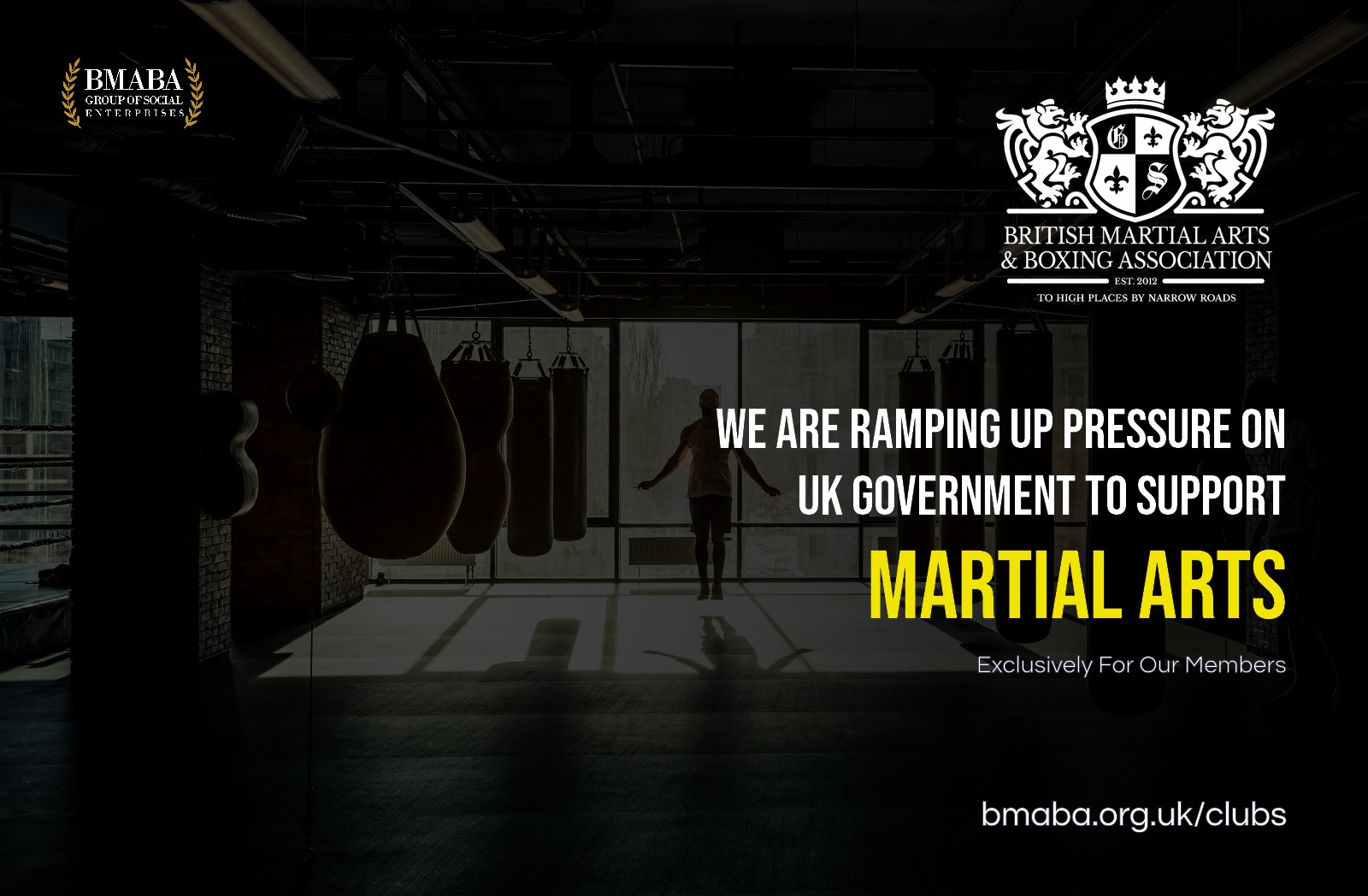 We Are Lobbying UK Government For Specific Support For Martial Arts

We know that the martial arts sector has...
Read On

We're offering 6 months free membership to any instructor or club to help you access our latest COVID guidance including a Covid-Aware Instructor Course and our extensive Covid Recovery Toolkit.