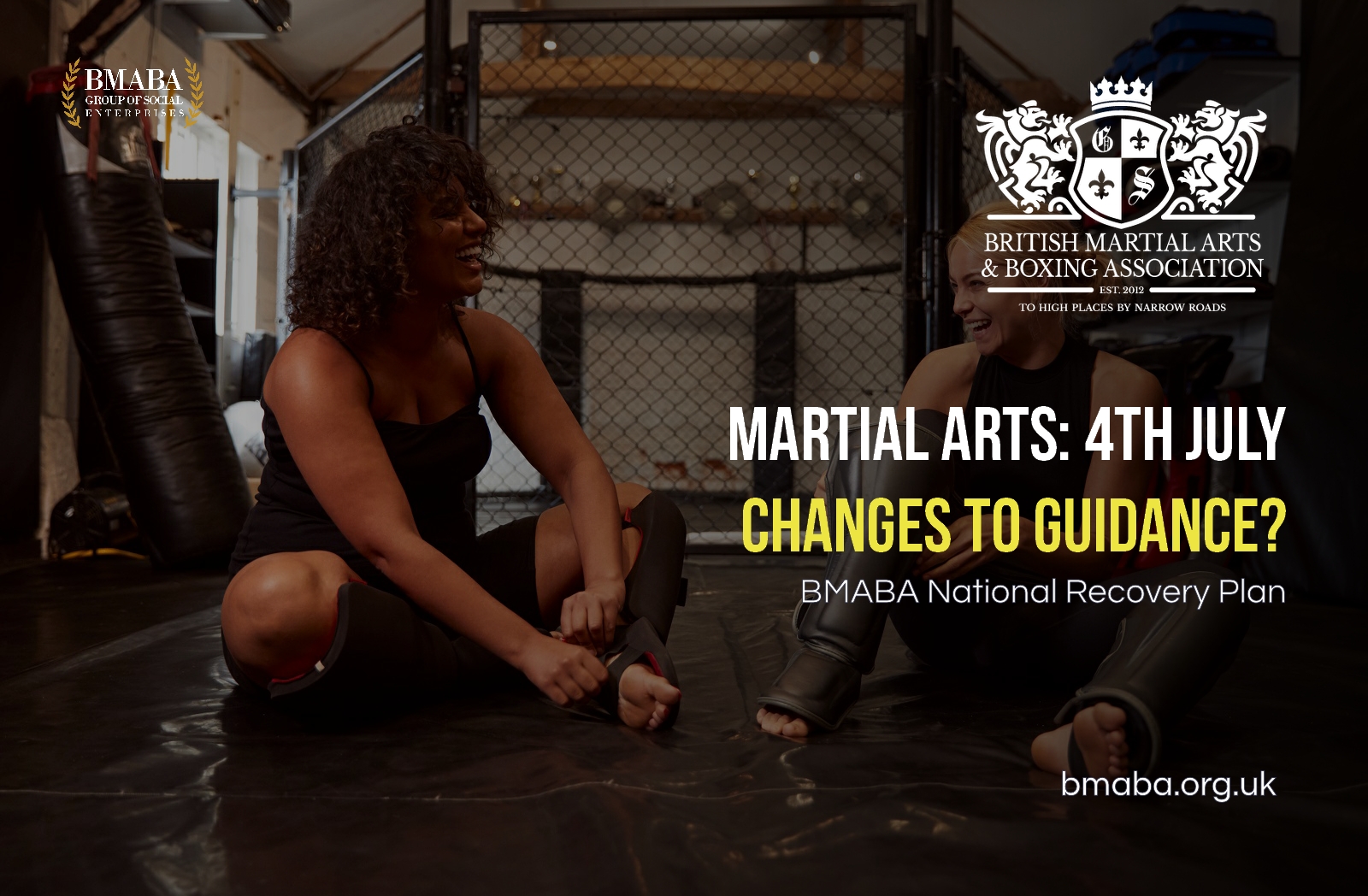 This week, the Government announced plans that effectively opened all but a few parts of the English economy following lockdown commencing in March. To our tremendous disappointment, indoor sport and recreation, as well as gyms and indoor fitness classes were told they could not re-open on July 4th and would need to wait until atleast Mid-July for a review.

This was absolutely devastating news for us and our members. We have been fiercely calling, emailing, tweeting and speaking to the DCMS, Sport And Recreation Alliance and other relevant stake holders to gain clarity on where martial arts is classified, and why we could not re-open our clubs.

Initial suggestions was that Martial Arts should be categorised as sport. A number of prominent Sport England supported NGBs for Martial Arts (such as the BJA and BT among others) followed with updates to confirm they were to await the re-opening of leisure centres and gyms to resume. Sport England and others from the sector operating at the highest levels also voiced disappointment at the ruling.

Following our legal and ethical duty to report the latest guidance BMABA also confirmed that it would appear that grass roots martial arts could not return on the 4th July as hoped. Within a few moments of the news going out, we have been on to DCMS (Department for Digital, Culture, Media & Sport) and Oliver Dowden MP, amongst many others through our various group organisations (BMABA Group, BMABA Association, Fighting Chance Foundation). The central part of our argument was that martial arts has – as always – been completely set aside with no clear definition as to whether or not we classify as a sport or recreational pursuit.

Whilst the Government and DCMS have provided absolutely no further insight or clarity on the matter, we do now have a further update from the Sport And Recreation’s policy team following our enquiries. New updates out today suggest there may be a change to policy.

When questioned by BMABA, SRA have clarified that;

As [BMABA] mention venues such as community centres, places of worship and village halls will be able to reopen from 4 July. The updated guidance on meeting people from outside your household states that gatherings in these venues where people are doing the same activity are permitted up to 30 people, subject to the wider rules on social distancing.

This suggests that martial arts are able to resume in these locations, with up to 30 people socially distanced, from 4 July.

We have put this question to DCMS, along with another question about responsibility for cleaning etc. in these venues. I will let you know when we hear back on this.

This new guidance (here) would effectively appear to signal that martial arts CAN resume on 4th July subject to a range of distancing and covid-safe conditions being met, within venues permitted to re-open. This includes community centres, places of worship, village halls and so on. Critically, gyms, purpose built martial arts facilities and leisure centres appear to still be unable to resume or re-open.

We’re well aware some martial arts organisations have been privately telling clubs they can classify as recreational clubs and not sports clubs, and therefore re-open. Martial arts is about integrity and respect, so clearly looking for loopholes or small print that allows certain parts of our industry to circumvent legislation and guidance is not especially helpful.

At this point it would be completely unethical and nonsensical for BMABA to provide rock-solid confirmation of a return on 4th July because, critically, the Government do not appear to have issued specific guidance. We have some councils confirming martial arts can return to their venues under the remit of recreation, and others not. Some venues  are happy to resume bookings, others are not. Put aside the fact that more than 150 different disciplines co-exist; some based on contact and competition, others strictly non-contact and self defence orientated.

Clearly drawing a specific, black and white conclusion at this stage is not possible. We’re urgently awaiting an update from the Sport & Recreation Alliance and the DCMS to provide full confirmation that martial arts can be classified as recreation and return on 4th July subject to a number of conditions.

This will be forthcoming shortly we believe. It would be irresponsible of us to assure clubs they will be able to resume on 4th July but our message right now is to try and ensure you are ready to resume on 4th July, should you wish to. It is possible the DCMS or other parts of Government may rule against this on closer inspection – so do not offer assurances. Signs are positive at present, and we will keep everyone updated throughout.

For access to the latest professional guidance surrounding a return to the dojo and Covid-19, as well as access to a huge range of Coronavirus Recovery Toolkit resources (and wider membership benefits) you can join us here. 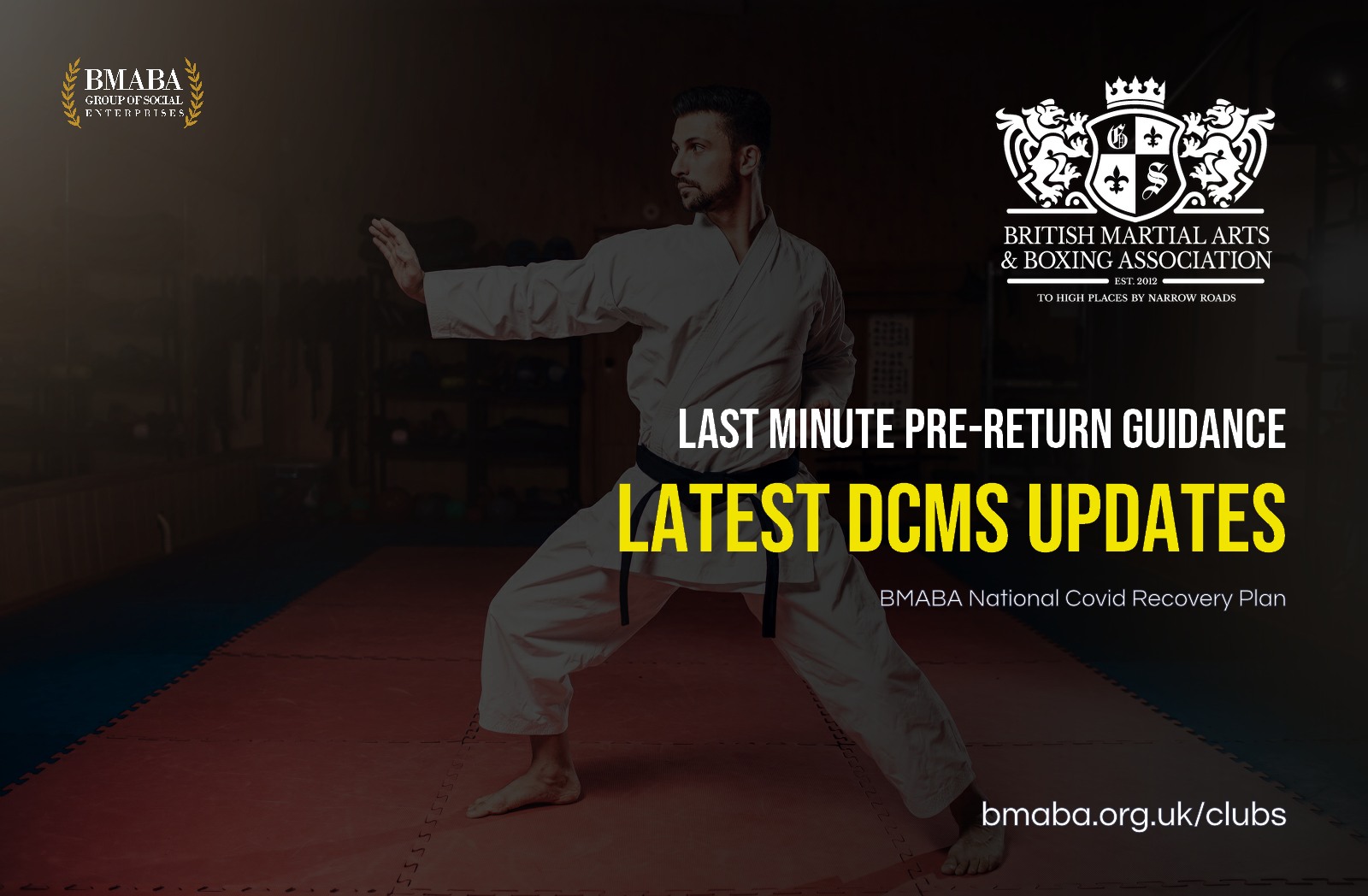 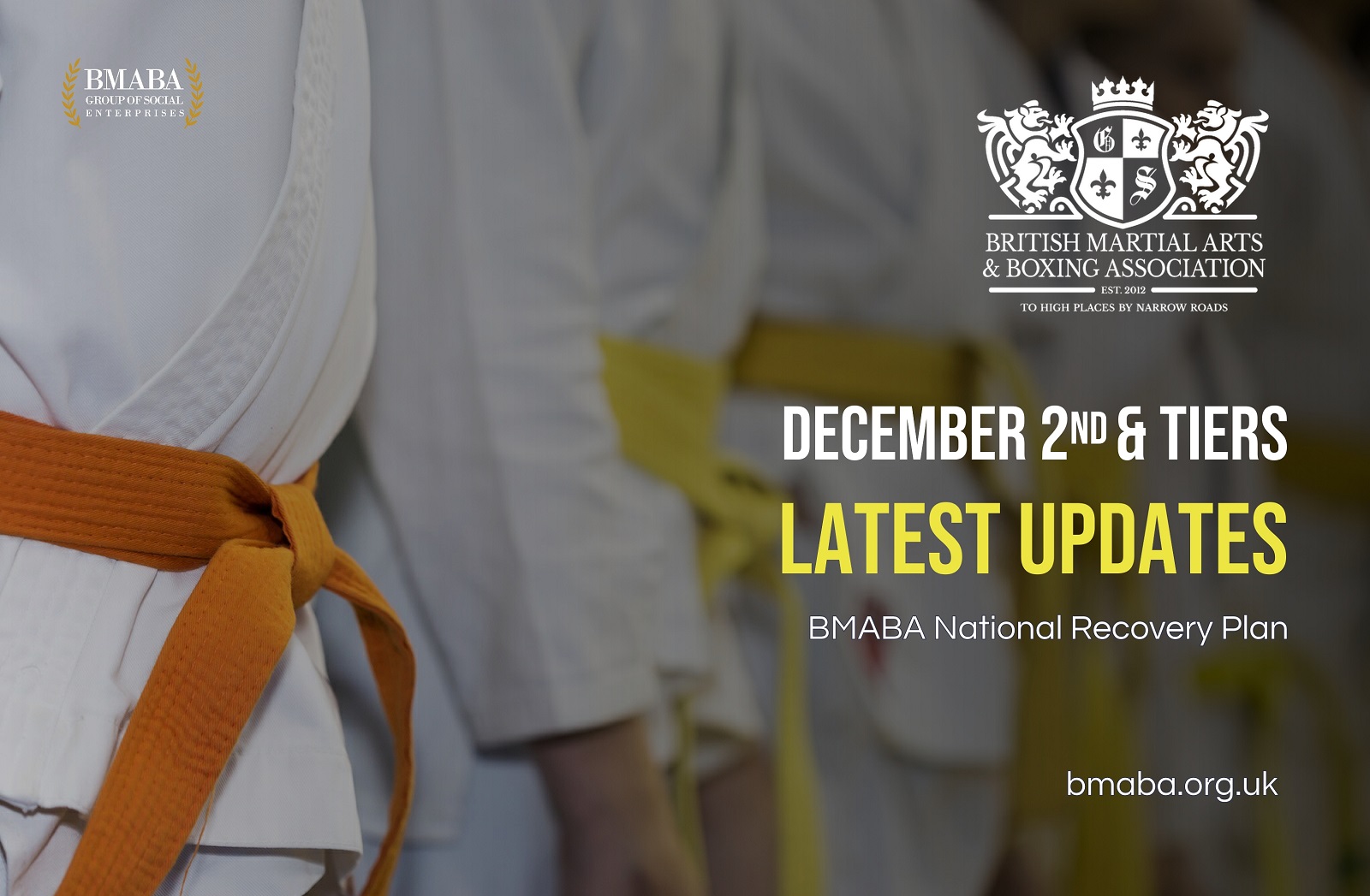